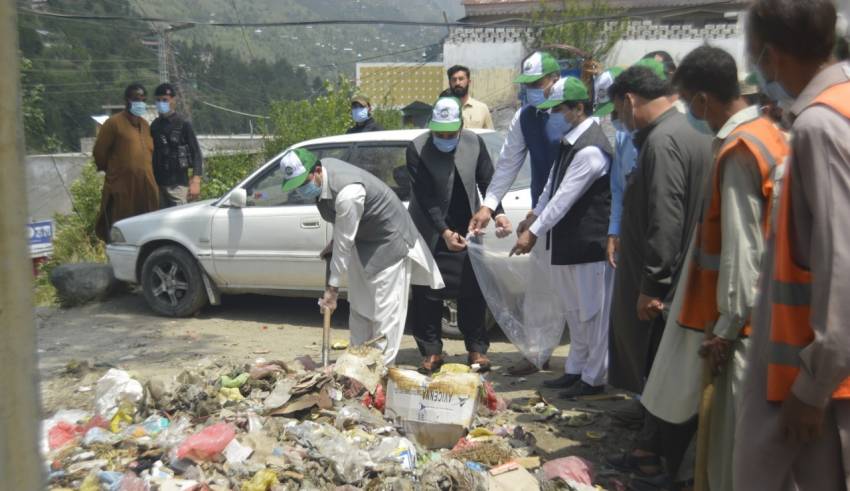 The district administration has launched two weeks cleanliness drive across the district for cleaning every public place of the district.

The deputy commissioner, Shangla, Hamid Ur Rehman on the occasion said that on the special directives of the Khyber Pakhtunkhwa government a special two weeks cleanliness drive had launched across the district where waste garbage would be picked from the public places including the major roads.
It said during the drive the illegal speed breakers over the roads would also be removed besides rubles lying on roads.

The statement said during the cleanliness drive the municipal workers would also have to remove the illegal signboards to keep the public places neat and clean hazards free.

It said all the tehsils admins had also been asked to conduct a cleanliness drive at their respective areas.