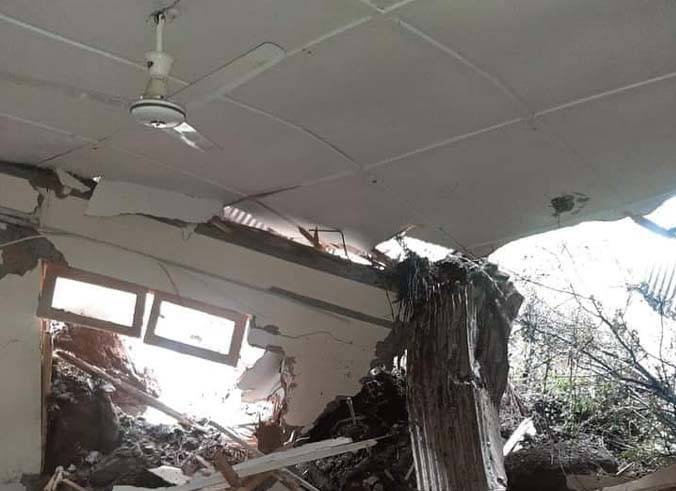 SHANGLA: A room of the government high secondary school, Kotkay in Alpuri tehsil collapsed due to heavy rainfall, however, no human damage reported as the school was closed due to Pakistan Day holiday, heavy snowfall also received in Shangla parts puling the mercury down below the freezing point.
The heavy snowfall at upperparts and rain in down parts continued for the fifth consecutive day which has increased the cold in the district and restricted the districts residents to their houses and markets seemed deserted.
According to the education department, a room of the government higher secondary school, however, there were no classes due to Pakistan day vacation.
He said the furniture inside the room was completely damaged due to consecutive heavy rain.
The Alpuri-Puran road, Bisham-Swat road, and other link roads were also closed due to landslides and snowfall due to which traffic remained suspended in the area and commuters faced problems.
The electricity in Bisham, Alpuri, Puran, Chakesar also disrupted and suspended till filing this report.
The flow of water also increased in the Indus river and Khan Khwar river after heavy rain and streams also.