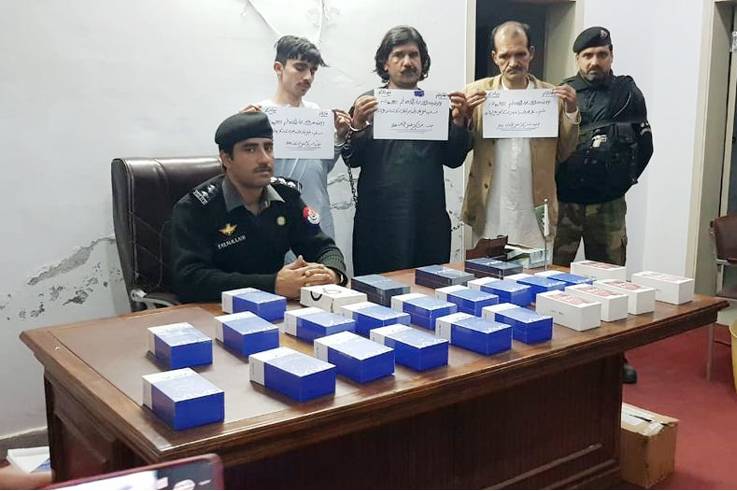 SHANGLA: The Bisham police busted a robbers’ gang and recovered a large number of mobile phones from them.

A statement issued on Saturday said the three-member gang comprising Afghan nationals had snatched two dozen mobile phones of around Rs2 million from a courier service official when he was delivering them to a franchise.

It said the vehicle driver had informed the police about the incident.

SHO Fazal Elahi told The Northern Post that the police had seized the car used in the robbery, which followed the courier service vehicle from Abbottabad to Bisham.
He identified the robbers as Lal Jan, Niaz and Faisal of Afghanistan, who were presently living in Tehkal area of Peshawar.

He added a case was registered against the culprits who were wanted to police in different robbery incidents.