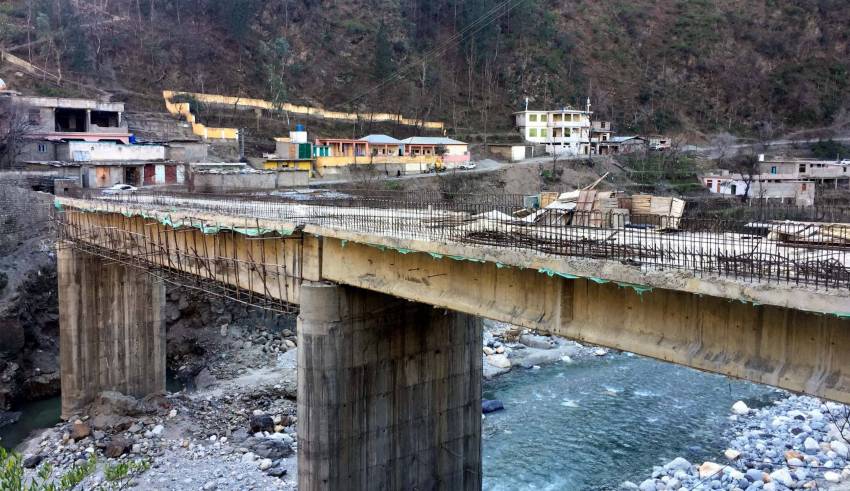 SHANGLA: The local residents of Kormang and Chichlo have demanded of the government to resume work on the under construction bridge connecting three different union councils of the area with the rest of the district over Khan Khwar river.
They told reporters on Sunday that work on the Kormang bridge was started by the contractor after several years and they were expecting that it would be completed within two months as 70 percent work on it completed and now the contractor had stopped work again.
Ihsaullah, a local said that one one hand the suspension bridge had become dilapidated and planks damaged, ropes rusted while on the other hand the contractor left work on the under construction RCC bridge halfway.
“Million of rupees had been spent on constantly repair of suspension bridge and now Rs 51. million approved for its repair again but government do not bother to allocate funds to under construction RCC bridge and address the issue permanently,” He said and added they had been suffered badly due to the slow pace of work on the RCC bridge.
Shamshi Khan, another local said if the bridge would have completed on time the Kormang road would also reconstructed and blacktopped as funds for it also approved.
He said the road construction also delayed due to delay in bridge completion although the contractor received funds for its previous installments.
Bahramand of Shahtoot, said they can not transport goods over the suspension bridge and faced severe problems and they wanted to resolve this prolong issue for ever.
The bridge is being used by the masses of three union councils, Kormang, Ranyal and Kuz Kana.
The locals demanded of the government to resume work on the RCC bridge as soon as possible and get them rid of suspension bridge for easing their lives.