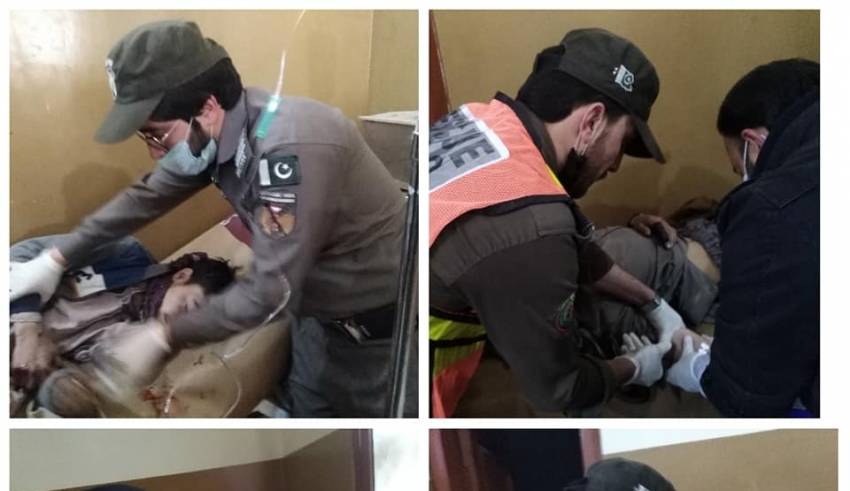 Three persons were critically injured when a Lilonai bound Motorcycle fell into a ravine after hitting a pedestrian at Sheshand area of Lilonai, Alpuri here on Wednesday.
Rescue 1122 spokesperson, Rasool Khan, told The Northern Post that a Motorcycle coming from Sheshand area to Lilonai village has hit a passerby and then it fell into a ravine as a result three persons including the passerby were critically injured.
He said the rescue 1122 team had reached on time and provided first aid to the injured and then shifted to the district headquarters hospital, Alpuri wherefrom doctors refereed one of the injured to Swat.
The Injured identified as Wahidullah, Wajid ALi and Naik Zada residents of Sheshan, Lilonai, Alpuri.