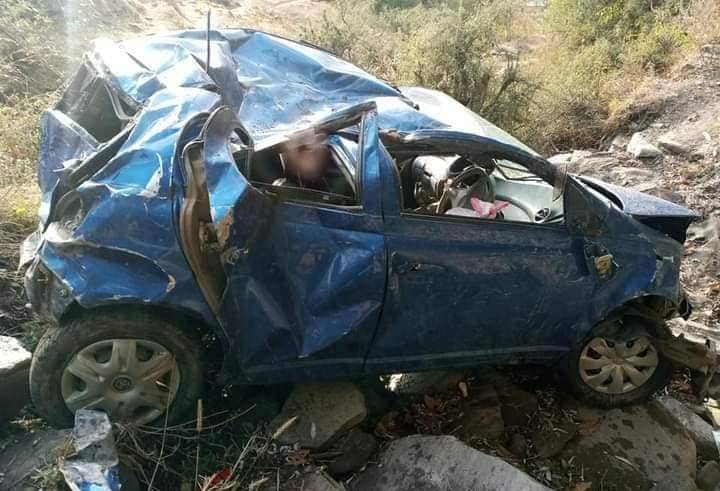 SHANGLA: Two persons were killed and two others injured when a Puran bound Motorcar fell into a ravine at Dehrai area of Puran tehsil, Shangla here on Saturday evening.

Local police said that a motorcar carrying four passengers including a 12-year-old boy, coming from Alpuri to Aloch Puran when it reached Dehrai area where the driver had lost control over the steering while negotiating a sharp turn and skidded off the car around 800 feet down into a ravine.

Police said the local people and police have rushed to the scene soon after the accident and retrieved the two dead bodies of Muhammad Ilyas of Sundvi, Puran and Muhammad Sultan of Asharo Sar, Sundvi, Puran, who were died on the spot.

They said the two injured including 12-year-old boy Fazal Mahmood of Sundvi, Puran were shifted to the Shaheed Pir Muhammad Khan hospital, in Aloch, and after provision first aid doctors on duty had referred them Saidu Teaching hospital, Swat.