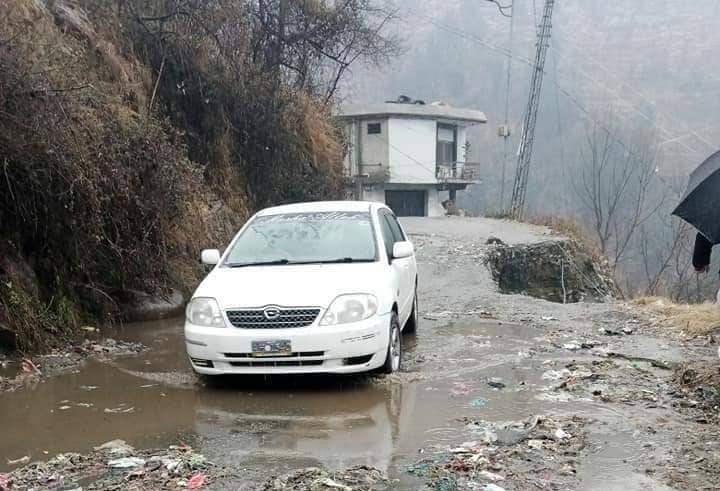 SHANGLA: The local residents and transporters have demanded of the Khyber Pakhtunkhwa government to repair damaged stretches of the Karora-Ajmeer road which causing worse traffic jams.

They told reporters on Tuesday that stretches of the Karora-Ajmeer road slipped down at various points where not only traffic jam for hours and also traffic incidents happened.

Mian Sohrab, said that Karora-Ajmeer road was a busy route used by the entire tehsil union councils commuters but due to the dilapidated condition of the road and damaged stretches they faced severe problems.

He said the district government’s construction and works department had special funds for the roads maintenance but in Shangla that funds used rarely though local people suffered.

Arshad Khan, a driver who daily rode his cab on the Karora-Ajmeer road, said his car frequently develop fault due to the road condition and a minor mistake can cause a fatal accident at the slipped road site.

He said the entire road of the Kana tehsil was in bad shape and causing traffic accidents too.

Amir Ali, a local resident of Shahpur, said that one of the slipped road stretches located near the Shahpur bazar turn which was extremely dangerous because while negotiating the turn suddenly the road got into a single track.

He added when flow of one side continue at the area opposite side vehicles wait for hours and passengers inside suffered greatly.

The local residents of Kana tehsil particularly transporters urged the deputy commissioner, Shangla to take action on the issue and repair the slipped stretches of the road for the passengers ease.

A statement issued by the deputy commissioner, Shangla, Hamid Ur Rehman here on Tuesday said that strictly action was being taken against the violating SOPs by the transporters, traders and fined them as well.

It said transporters and traders had been asked to must ensure adopting SOPs and avoid violation, otherwise, action would be taken against them.